As with all other training workshops I've been able to cover what is relevant to me. Greta has been great to work with, I've really enjoyed the training .

InDesign Training Courses with us are as flexible as you need them to be. Choose from Introduction, Intermediate, Advanced InDesign Training or put together your own tailored customised InDesign course.  Our onsite InDesign training is held across the UK including the Midlands, Birmingham, Oxford, Liverpool, Blackpool, York, Sheffield, Leeds, Cheltenham, Wales, Leicester, Nottingham, Derby and Manchester.

Adobe InDesign Training - What will you learn?...

Whichever InDesign Course you choose as well as learning the software features and techniques we include practical design techniques to give your documents extra sheen.  During the training we show you how to make your documents look beautiful and professional with type, colour harmony and grid layouts.  Depending on which training option you decide on you will learn how to work with branding, layout and portfolio's creating a range of documents from flyers to long documents using grids, guids and InDesign tools to create and highly effective design.

As with all the Adobe Training Courses we provide InDesign Training in various versions up to and including CS5, CS6, CC and CC 2015 and can be run on either MAC or PC just let us know at point of booking.

Prices  - onsite per day
All prices INCLUSIVE of VAT
Standard rate for one person is £275.00 ALL INC PER DAY
Second and subsequent persons £75.00 ALL INC PER PERSON PER DAY
Laptop Hire Available at £25.00 per computer per day

We are Midlands based so depending on your location in the UK travel expenses may be incurred.

Our Adobe InDesign Training Courses include...

We have different InDesign Courses all viewable from the bar on the right.  If you have queries or prefer to design a Bespoke InDesign Course then get in touch to chat about how to take it further.

We provide Adobe InDesign Digital Courses for designing and creating interactive apps for digital design on iPads, iPhones, iTunes and Android devices.  The Adobe InDesign ePubs courses shows how to flow text and work with inline graphics for ePublishers looking to get books out to Kindle and other eReaders.

Thank you for the two wonderful days you did with the students.  They learnt a lot and they really could not praise you enough.

Very informative course that covered all the relevant topics we needed.  It will make producing our bid tender documentation much more straightforward.  A friendly and helpful trainer.

On our InDesign Intro Training...

On our InDesign Advanced Training...

Introduction to InDesign and Photoshop Course...

Five day course introducing you to the 3 main elements of the Creative Suite including: 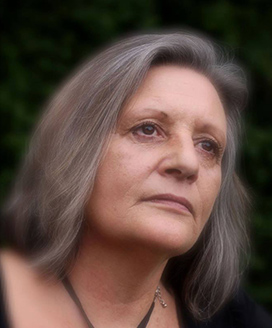 Greta runs all the InDesign courses including both the InDesign Print Training and InDesign Digital Courses.  She is a highly respected digital design trainer and consultant with over 2 decades of experience in corporate training. She has a large and diverse skillset and when not training can be found clicking away behind a Canon lens.  Greta is published and has been technology correspondent for Writing Magazine for nearly 12 years often writing about InDesign, eBooks and ePublishing.